During the summer months, many of us spend our tie searching for the most effective ways to tan, always on the hunt for the next most efficient way to catch a bronzed glow. Whether it’s checking up on the UV index or finding hack for a suntan, there’s always something. But can you tan through a window?

How do you get a suntan? 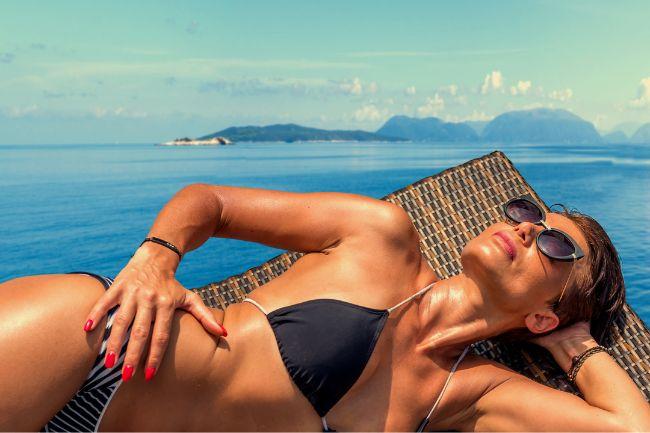 Before we take a look at whether you can tan through a window, it’s worth finding out how your skin tans in the first place.

While you may believe the Sun’s brightness and heat affects how you tan, the real reason behind a suntan is actually the Sun’s UV rays, which aren’t quite the same as the Sun’s visible light. When you go outside on a hot day, many people believe that this increases your chance of tanning and, while this often does correlate, your suntan is actually caused by UV rays – UVA and UVB.

These are emitted by the Sun and the majority of them are filtered by the Earth’s atmosphere. However, the small percentage of UV rays which do penetrate the atmosphere are very strong. They proceed to penetrate just below your skin’s surface until they reach small structures known as melanocytes.

When the UV rays reach the melanocytes, they trigger the production of melanin, a natural pigment which causes your skin to turn darker, leaving you with a tan.

We all know this process takes place when you’re outside, exposed to these UV rays coming from the Sun, but have you ever considered whether the same thing could happen indoors, too? Let’s take a look to see if you can get your suntan from the comfort of your own home – inside.

Also read: How Long Does a Suntan Last? (With Products To Prolong It)

Can you tan through a window? 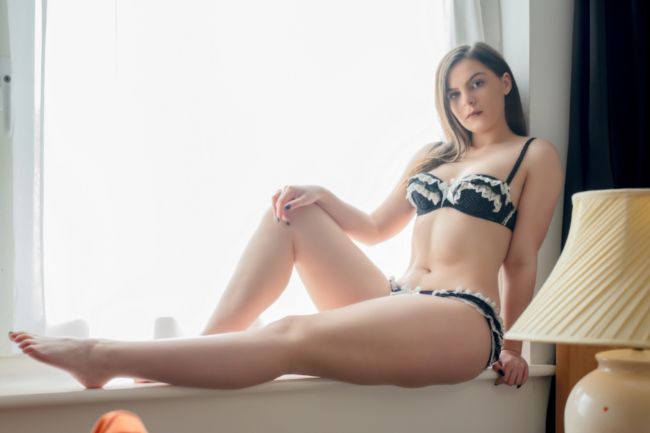 In theory, you’d think the answer to this question is simple, as windows are just clear, so you may automatically assume it’s true. However, the answer is a little more complicated than that, so it’s time to look at the science behind it.

As we mentioned earlier, the Sun emits two different types of UV rays: UVA and UVB, and they both interact slightly differently with your skin. Generally, UVB rays don’t penetrate the skin as deeply, and tend to be responsible for more of the short-term damage – sunburns – while UVA rays tend to radiate further into the skin and trigger melanin production.

When it comes to tanning through a window, it’s believed that the average glass pane absorbs somewhere around 97 percent of UVB rays, meaning much less of these are able to actually reach your skin’s surface. Therefore, when exposed to the Sun through glass, you’re much less likely to sunburn, as just a tiny percent of these sunburn-causing rays actually makes it to your skin.

On the other hand, most panes of glass are said to absorb around 37 percent of UVA. Meaning most of this radiation still makes it through to your skin. Because UVA is usually the tanning component of UV rays, this means it can, in fact, be possible to achieve a suntan through a window. However, because a lower percentage makes its way to your skin, this process won’t happen as quickly.

Also read: Tanning with UV Index of 5: Is it Possible?

Can you tan through tinted glass?

We’ve established that regular windows do allow suntanning to take place, but how about tinted windows? These windows tend to let in much less light, so do they filter even more UV radiation too?

One thing that makes it difficult to determine whether you’ll be able to tan through a tinted window is the fact that tinted windows can have varied opacities, and these cover a large range.

If you’re exposed to the sun through tinted windows, you’re much less likely to tan than through non-tinted glass, as even more of the UV rays are blocked by the tint. It’s also worth noting that, in some types of glass, such as car windows, less UV is able to penetrate as they’re specifically designed to prevent this.

So, in conclusion, if you’re trying to tan through tinted glass, you probably won’t be very successful as little UV will reach your skin.

In conclusion, it’s clear to see that you can get a tan through a window, to an extent, but this generally won’t happen to the same extent as it would when you’re outside. It’s worth noting in case you wish to protect your skin from the Sun whilst indoors, but you probably won’t achieve a super dark tan.

If you’re looking for the safest, quickest way to achieve a holiday glow, why not reach for your self-tanner, instead.

Best Fake Tan Products for Mature Skin (Questions Included)
Next Post: Tanning in a Shade: Can it Happen?