If you’re familiar with both processes of cleansing and exfoliating your skin, you may be wondering whether there’s really much difference between them. It’s no secret that they’re both similar to each other, but what the differences? Let’s read on to find out. 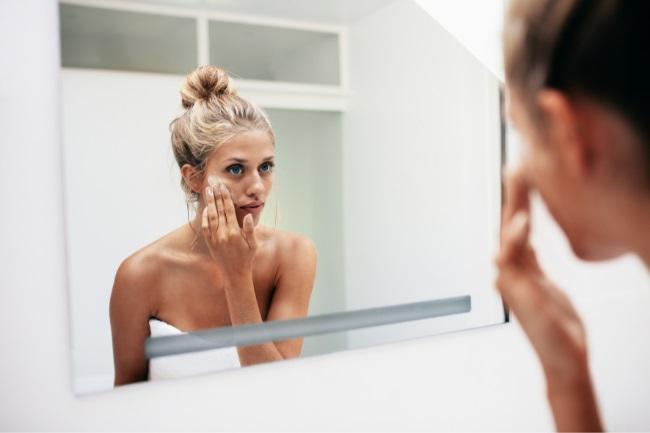 Before we start to take a look at the differences between clean sing and exfoliation, it’s important to confidently establish what each of them are, and exactly how each process works. Although it’s something most of us do every day, many people aren’t aware exactly how cleansing works, so it’s time to discover the answer now.

When you cleanse your skin, you are generally removing any of the surface oils, dirt, and other debris from above the skin, which can be rinsed off without the need for the penetration of any product. In other words, a cleanser simply works on top of your skin to remove anything there and doesn’t work any deeper than surface level.

Cleansing is important to your daily skincare routine as it’s responsible for removing all the grime that builds up throughout the day which would otherwise result in clogging the pores if it’s not cleansed. Consequently, this can help to reduce and prevent breakouts, as well as blackheads and other skin concerns.

Of course, there are lots of different cleansing methods available, from products such as butters and waters to gel and traditional bars of face soap, and each brings its own benefits to work for different skin types and requirements. Regardless of the product you decide to use, a cleanser will always do the same job. 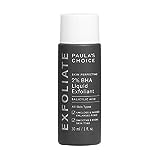 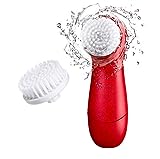 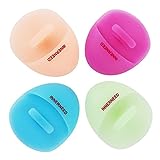 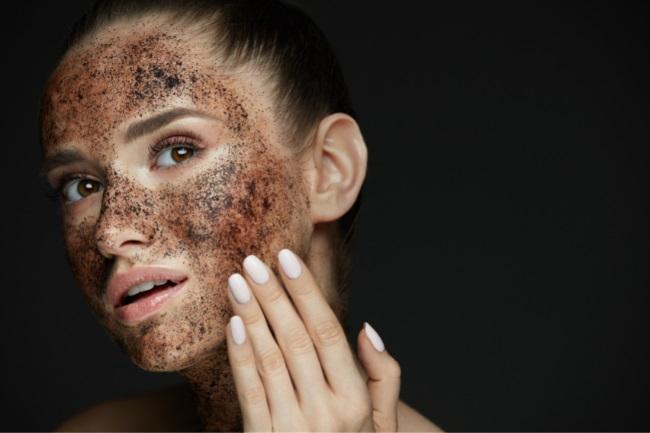 On the other hand, it’s time to take a look at what exfoliation is, as we’ve already established cleansing. Unlike cleansing, exfoliation is a slightly more complicated process, and we’ll discuss the other differences between the two a little later on. For now, let’s discover the world of exfoliation.

When it comes to using a scrub or other exfoliating product or tool, the aim is to remove the upper layer of dead skin cells from the skin. These skin cells are present as a result of natural cell turnover, and they can cause the skin to appear dull and less glowy before they’re removed.

As mentioned, these cells are left by the process of cell turnover, as the skin is continuously regenerating itself, and producing fresh skin cells to replace old ones or lost ones as a result of wounds and damage. When these new cells are created, the old ones are pushed closer and closer to the surface, until eventually they’re on the outermost layer of the skin.

This is where exfoliation comes in, and any product or tool will be designed to loosen the bonds between these outermost skin cells and the rest of the skin to help remove the cells and speed up the entire process.

Not only does this reveal a fresher, brighter and glowier complexion as a result, as your skin is now made up of younger cells, but it also comes with additional benefits such as the deeper cleansing of your skin and unclogging of your pores.

Are cleansing and exfoliating the same? 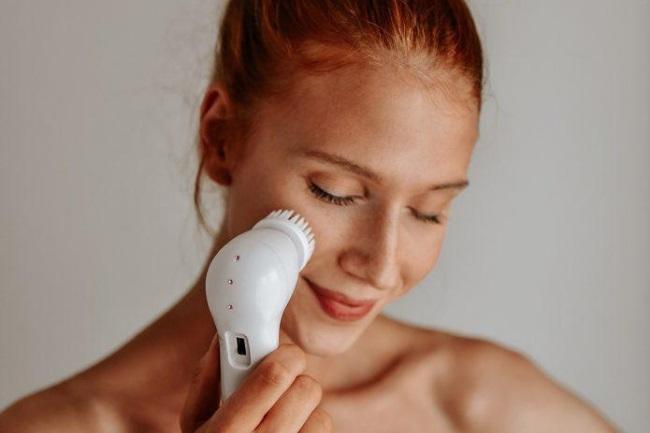 Now that we’ve gotten a clear understanding about what each of the two are, it’s time to find out about the exact differences between cleansing and exfoliating your skin. it’s first important to acknowledge that no: cleansing and exfoliation aren’t the same at all, and you definitely shouldn’t think about them in the same way or rely on the to do the same jobs as each other.

As we mentioned earlier, cleansing is the removal of grime and dirt from the surface of the skin and doesn’t usually have much to do with anywhere deeper throughout the layers of the face or body. This contrasts to exfoliation in the sense that it usually works deeper into the layers of the skin, pulling out debris from inside of pores, and cleaning more thoroughly in general.

Of course, another obvious difference is the matter of an exfoliant removing the dead skin cells, whereas a cleanser doesn’t do this at all. Instead, it does exactly as it says, it cleanses, and nothing more. This means you should expect to see the same results of glowy, dewy skin after cleansing like you would post-exfoliation.

At the end of the day, cleansing is usually more of a preventative measure, keeping the skin clean and limiting the chances of developing acne and similar concerns, but exfoliation is more of a cure, treating skin which has already been damaged or affected.

In the end, it’s clear that cleansing and exfoliation are two different processes and, when you really look into them, they’re not quite so similar. There are a variety benefits that come with each, but these vary slightly as both processes take place slightly differently, too.

Does Exfoliation Lighten Skin? (Other Benefits)
Next Post: Best Lip Balms for Winter (7 Favourite Ones)